The girls usually bite big chunks out of the middle of their morning toast rectangles, turning them into some kind of amorphous animals that squeak at each other over the breakfast table.

It's well established that Peanut is the mother while Bug is the baby. I would like to say their conversations are complex and deep, but normally they consist of high pitched "Mummy, mummy!" and "Baby, baby!" Ad infinitum. 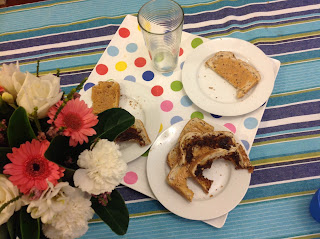 But this morning Peanut, being hungry and with big plans for drawing a giraffe right after breakfast, scoffed her toast.

When the squeaky bread child came calling across the table, she was very blunt: " Sorry, but your mother has been eaten. Try again tomorrow."

The toast baby did not seem too perturbed.

*read "shockingly callous"
Posted by The Accidental Housewife at 7:39 AM 6 comments:

Sweeping it under the carpet

I have a confession. It's sordid.

Oh, alright, it's not sordid. Not even a little bit, in fact.

Actually, I don't know why I started like that, let me try again:

I bought a carpet sweeper.

(Now I know why I started like that. You've all just rolled your eyes and scrolled away, right? Riveting. Woohoo! Mrs Accident's found a new housewifery tool! Call the Associated Press! Man the phones! We're onto a winner!)

My carpet sweeper is a bold blue, like the colour of a banana in a surrealist painting.

It has gears and cogs and bristles and brushes, and I've seen them all, because the damn thing falls apart at the slightest provocation. (Or violent provocation. Bug thumped it down the stairs.) But the nice thing about simple machinery is the ability for it to be repaired, so my fine carpety friend lives to sweep another day.

And it gets a work out every day.

And here we do have a sordid confession. My floors used to be shocking. I was embarrassed to be called the Accidental Housewife, because anyone who came to my house would have taken one horrified, shaking glance at my leprosy withered floors and assumed that any housewife that may have once inhabited the home had indeed met with a nasty, career ending accident.

I hated pulling around our heavy old vacuume. I felt like I was enduring some kind of Ancient Grecian punishment. The thing was effective, but the outcome was barely worth the effort involved. It was not something to be done daily, but with two small kids and two dogs, it certainly should have been!

It's light and quick enough that I can do a zip around every day, keeping the floors looking nice and holding off the vacuuming for absolutely ages. Yonks. Eons! (I recently went three weeks without vacuuming once. It was heaven. And probably terribly unhygienic. Please don't tell Martha Stewart!)

It's also good for that heartbreaking dilemma when you just finished vacuuming, the floors are pristine, then the toddler wakes up and grinds her post-nap corn cracker into the carpet. Instead of throwing the toddler, carpet and cracker out the window, you can simply grab ol' sweepy and divert years of pesky police involvement!  Mrs Accident, saving you from yourself since 2013. Your welcome.

So embrace your inner 1950s housewife, and get in early on my newly proclaimed carpet sweeper fad!

(Or, you know, not. I don't want to boss you around or anything. It's entirely up to you. I'm just saying they're good, that's all.)
Posted by The Accidental Housewife at 7:53 PM 14 comments:

To my darling Peanut,

tomorrow is your fourth birthday party. 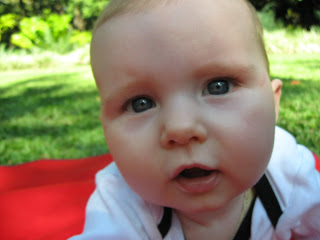 You're beside yourself with excitement. You spent the last hour before your nap running up and down the stairs, launching from the banisters the parachute men your Daddy bought you, and squealing "Whoo! Best Day Ever!"

We're having a pony party for you tomorrow. There's horses on your cake, and even though we couldn't find you a horse piñata you're still pretty damn excited about the stegosaurus one instead. And (shhh!) we're taking you to the stables for a surprise pony ride tomorrow morning too. I cannot wait to see your face. 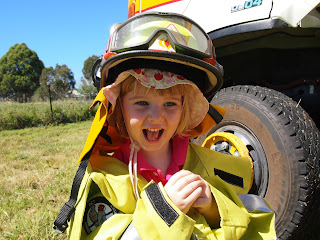 If anyone asks you what you like, you take a deep breath and tell them "pink and purple and princesses and ponies and sparkles and unicorns!"

But that's not why I'm writing to you today.

Today I want to tell you, not what you like, but what you are like. A snap shot of you at three and 364 days. 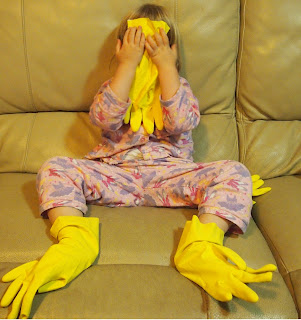 Where to begin? You're brave. Incredibly so. When you needed injections, you knew it was going to hurt. You were worried. And it did hurt, I could tell. But you held my hand, took a deep breath, and didn't cry at all. The nurse was astounded, but I wasn't surprised. You're the kid who gets straight back on her scooter after a bad crash, the one who falls off the bed head four times in a row because you are absolutely certain you can master climbing over the end rail, and won't quit until you've done it, damn the pain! (Did I mention you were quite tenacious?) 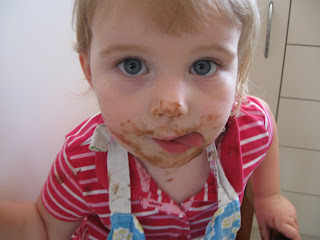 You're a natural performer and you love to sing and dance for your family. However, I mostly think you enjoy do it by and for yourself. I often catch you around a corner somewhere, eyes shut, swaying and singing along to a tune only you can hear. (Thankfully, although I can't hear the music, I can hear your lyrics, and they are pure comedy gold. My personal favourite thus far was an epic love song to your dolly with the golden hair. You would give any tragic ballardist a run for their money.) 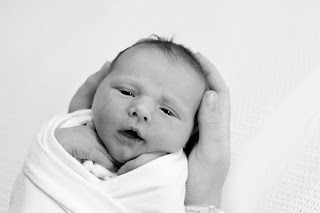 You adore your baby sister. You make her bed every day, even though I've asked you not to regularly - it's her job! But you persist, because you have an incredible service streak that runs right through you. Your the kid who does the dishes without me asking. You're the girl who runs to find my shoes, because you've overheard that I'm heading outside and deduct I might need them. You ask to help with every household chore, and can dust and hang laundry and clean a bathroom and sweep perfectly, just because you like to be of assistance.

You like wearing dresses, and painting, snuggling the dogs. You like scooting and drawing and playing school. You think cake is an icing delivery system. You hate pizza, but will devour a calzone in a flash. You'll eat the cherry tomatoes, but won't touch the big ones. You like milk, the more chocolatey the better. You only have bananas in a smoothie. You're convinced you're the fastest runner in the world and get cross when anyone beats you. 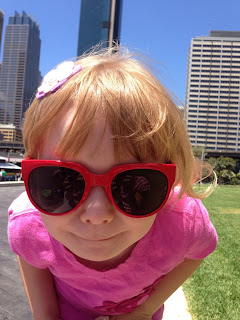 You're my first born, the apple of my eye, the skin to my banana, the crust of my pie.

I love you, baby girl. Happy birthday!
Posted by The Accidental Housewife at 5:22 PM 7 comments:

Kindergarten at home: Learning about Japan

So we just finished our first week of homeschool. The whole, first, four day week! Epic. We're such professionals now. Ask me anything, I'll give you the homeschool answer.

But seriously, it went quite well.

I was kind of planning on doing a weather-focused week (it was SO wet on Tuesday!) but it quickly morphed into a Japanese week when we found some interesting books at the library. This tied in nicely with our work on teaching Peanut that she comes from Australia - no point teaching her about her country and culture, if she doesn't know that there are others that are different!

So we read "The Magic Paintbush" by Julia Donaldson (of Gruffalo fame), and "Yoko's Paper Cranes" by Rosemary Wells. We made paper fish kites, and I let her in my cupboard to throw together a poor recreation of a kimono (note the socks and sandals... and that's my dressing gown!)

We painted our names in hiragana, and made some cherry blossom fans. We ate sushi and wasabi peas (Peanut made a wicked face, then went back for another. And another...)

We read about Japanese gardens, then recreated one in a dodgy white plastic tray with a couple of white pebbles, an old Buddha statue we found caked in dirt when we were planting our veggie garden, and a stick for the pattern rake. 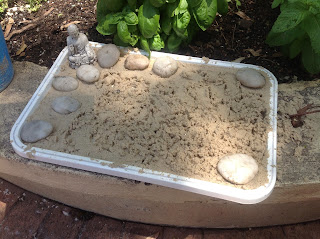 And in between all that, we did some addition practice (first with a workbook, then some dice, then marbles, and finally adding the spots on dominoes.... But not all on the one day, of course!) and started in again on letters and reading. It took a while for Peanut's brain to find it's groove. I could see her searching the back of her mind for the letters she knew she knew, and getting frustrated with herself for taking so long. She wiggled in her seat, sighed, threw her head on the desk, and then suddenly, miraculously, read the whole of her "Gus the Duck" book by herself. It was a terrific lesson to her in pushing beyond what she finds easy and mentally comfortable, and having a spectacular success. I'm so glad she kept trying!

She has also spent the week trying to convince me to let her have another (oh, just one more please Mama!) of her alphabet cookies. I rolled the dough into long snakes, while she made them into letters. Usually back to front ones, but cookie dough is easy to flip! I was planning to have some left over to freeze for when real school starts next week, but I think that's a pipe dream. They are pretty damn tasty for learning aides.

So, all around, it was a terrific success. She was excited to learn new things, had a rip roaring time, and got to eat cookies. Win!
Posted by The Accidental Housewife at 10:20 PM 5 comments: 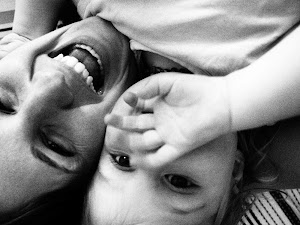